A game about the thrill of texting and driving.

SMS Racing is a game about the thrill of texting and driving. Do you have what it takes to race at the highest level while responding to your friends' messages? You don't want to be rude, do you?

A gamepad is required to play. Please view the in-game tutorial for detailed instructions on how to text and drive. You'll be prompted to play the tutorial the first time you enter a race. Alternatively, the tutorial be launched from the main menu.

This is a sequel / reimagining of a game by the same name that we made as as a browser game in 2013. It received international attention from outlets such as TIME, Popular Mechanics, and Kotaku , achieved millions of YouTube views from the Let’s Play community, and has been downloaded by over 300,000 unique players.

The VR Jam version of the game is entirely new, and shares no code or assets from the 2013 web version. The game has been completely redesigned for VR, and is similar only in general concept and name.

Features new to this version of SMS Racing include: 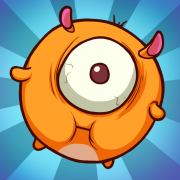 Comments for this submission are closed. View the software in hlink's portfolio to continue the conversation.