An exciting experience to you.

Unity Personal splash screen is not supported for Gear VR yet. I recommend that you close your eyes until a game begins And I do not implement the transition to Global Menu because current Unity has bad affinity of Mobile SDK. I hope for an early correction by Oculus and Unity.

Shining Sword Dragoon is the dynamic action shooting game that can play only with your head. You move the sword which shines by waving a head, and, please exterminate devils.

The army corps of the devil came over. Guys fly in the sky and attack the world. You are the brave man who had the shining sword. Let's defeat the devil on the back of the sacred dragon.

No need tap and gamepad this game. Look orb to start game and return to title scene from ending. When you move a head, the Shining Sword follows it.

When Shining Sword hits an enemy, You can give damage to an enemy. The enemy has three hit points. Score is added when You defeat an enemy. The score does not increase when you receive the charge of an enemy.

This is the action game that anyone can play. This game only uses the tap for a start, end confirmation. This means that even the person who have disabilities with their hands can also play with main game mechanics cool, besides, comfortably. The Hero wave a sword on a dragon and defeat the devil. Such experience anyone most can play.
This game use Oculus Audio SDK. Not only you wave a head at random, but also you must look for an enemy to listen to a sound.

Speed to be important than graphics in VR game. I continued making a game being conscious of a performance from 2013. My game is 75fps in GT650M. (even if I put overlays of LEAP Motion together) And, I have been able to play with 60fps the BLAST BUSTER and The Gunner of Dragoon in Gear VR. It is a comfortable experience fantastically.

I promise Shining Sword Dragoon to be able to do comfortable play in 60fps as well as these.

Because I exhibited in Tokyo Oculand, there is little progress. I have been implemented until the indication of the sky sphere of high quality in UE4.

Unfortunately I was sick in bed for a fever last week. Therefore rich effect and UI have not been yet completed. I'm very sorry. In milestone 4, please look forward to that a dragon flaps.

First title called BLAST BUSTER(Perilous Dimension)1 is the 360-degree shooting game using Oculus Rift DK1/2 and LEAP Motion. It can move around by player head and shoot down by player head or hand(w/LEAP). It was very exciting but it made many player motion sickness. It is because player always required to wave a head for movement.

I made The Gunner of Dragoon2 from the reflection. It stopped using the head for movement. And I combined Wii remote with LEAP Motion for attack.

It was a great success! I displayed this game for a game event of Akihabara and was placed in the many Japan major media!

But TGoD had the big problem. It couldn't ship to many consumer because it required other hardware. It is an interesting game, but does not have a meaning if it cannot play in many house.

Shining Sword Dragoon is the game that I made use of the reflection of two games in. It does not force a player to exercise to cause motion sickness. It does not need too much hardware to play.

The game mechanics of Shining Sword Dragoon becomes the collected studies for me. 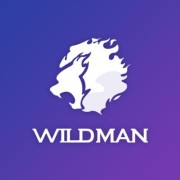 Comments for this submission are closed. View the software in yasei's portfolio to continue the conversation.