Invasion 101: Perception is a class that all Kebaxian's must take before they can join the invasion force. In this particular class the player is a Kebaxian learning how to recognize specific objects on Earth. The better the Kebaxian is at this task, the higher chance it has at joining the invasion force.

Perception is intended to be one of those first few games you show to your friends and family who haven't tried VR, a gateway game into mobile VR. It will have a cartoony semi-realistic art style. The main objective of the game is to match an object with a random key which you are given. Keys can be the first letter the name of the object starts with, its primary color, or a number symbolizing the amount in a group of objects. When you select an object you simply look at it and tap the touchpad on the GearVR.

To up the ante and make the game more fun, there will be bonus elements and 3 difficulties. Difficulties will affect the time it takes to change Keys as well as points gained. There will also be high scores recorded for every difficulty on each map. 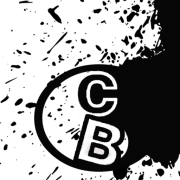 Comments for this submission are closed. View the software in kdd9000's portfolio to continue the conversation.